On Friday 27 September 2019, the European Researchers’ Night took place at the Palacio de Gaviria (León). This event, in which the University of León participated for the first time, aims to bring science closer to the general public.

By means of a series of microchats, of no more than 15 minutes, and different workshops, the aim is to show the whole population the work that is done inside the classrooms and laboratories, something that happens simultaneously in more than 300 European cities on these dates.

From the University of León, eleven talks were organized and from our research group, SALBIS, we wanted to contribute our grain of sand in this event. Our colleague José Alberto Benítez Andrades made a presentation entitled “Scientists, those beings…” in which he answered what a TRS (Teaching and Research Staff) really is and what its functions are, to finally present different works that have been carried out and are being carried out within the research group. 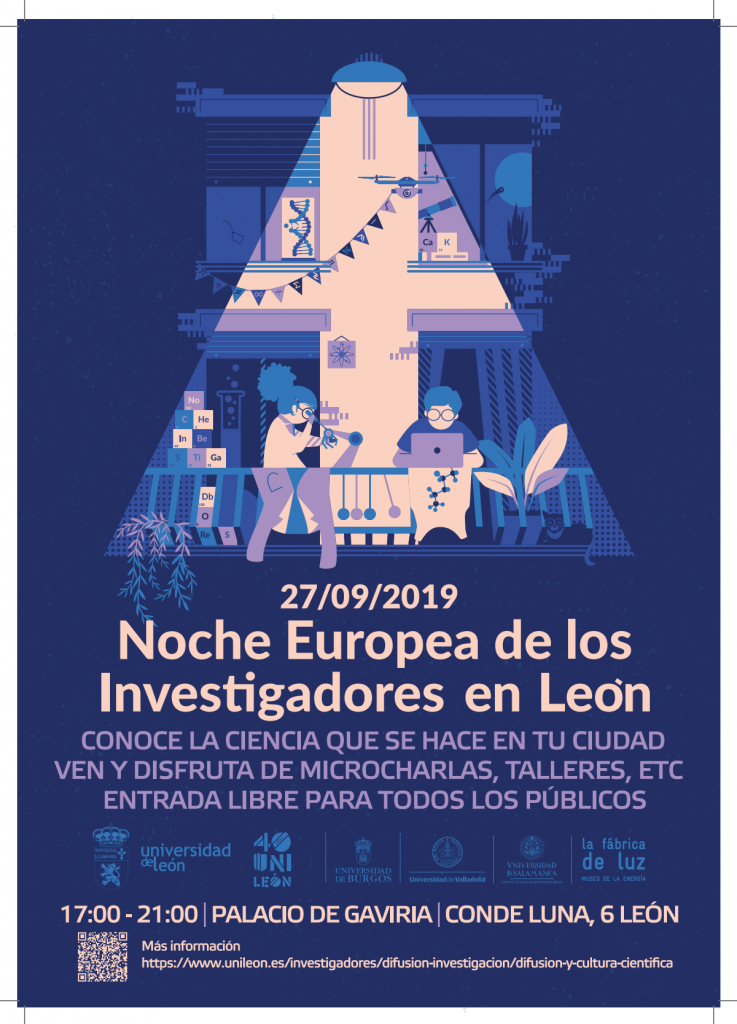